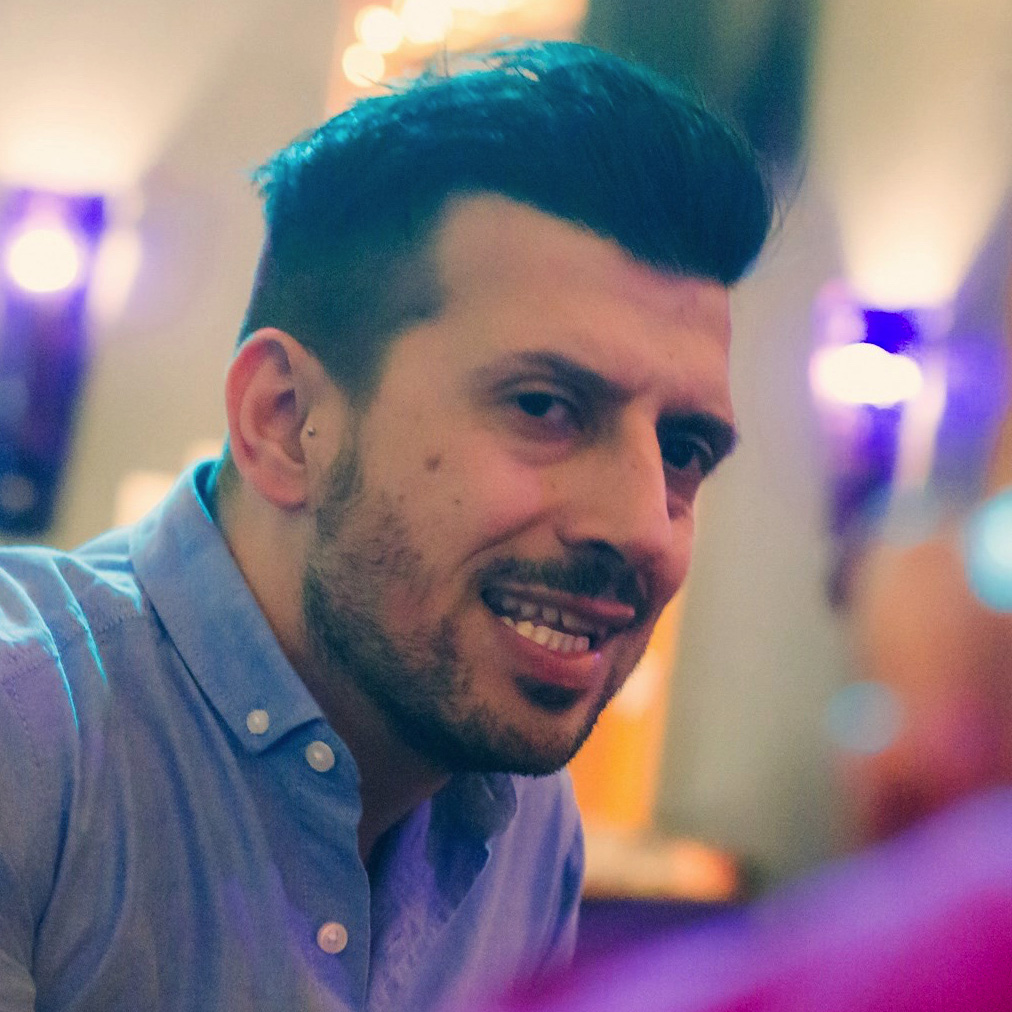 Posted at 18:49h in Non categorizzato by carpe 0 Comments
0 Likes

Before we start with the questions, I’d like you to introduce yourself briefly, who is the team behind FMMF?

Ciao, I am Andrea, CEO of Glam Life Events, I come from a little city in Sicily located 10 mins away from the beach at the foot of the volcano Etna. I am a really open- mind and easygoing person with an extravagant and eccentric personality, I like do the things differently. Most likely due to these attitudes I am into the event industry. I start working as a PR for the local clubs at the age of 17 and I still remember my first event as organizer the yearly ball of the school when I was 18 after that I meet Orazio at that time General manager of Glamour Generation, and from that moment on I could not stop to running event anymore, It is like a drug eh eh eh it gives me adrenaline, it is pleasure and pain of my life! What makes me proud and happy most? See the crowd enjoying the moment during my events.

Where’s the idea of making a music festival in the Mediterranean Sea born?

Funny enough, on the sofa of my living room in Ireland (where I spent 7 years). It was the day after of my Halloween event where I had an italian Dj , frind of mine (now living and playing in Malta) as guest. Suddenly he came up just saying, why don’t you run a festival in Malta for the Irish audience..?? 10/15 seconds of silence and I replied. Yes it sounds good, I will…and as usual when I set my mind on something it is just about time. Of course it took more than one year for us to make all the due marketing researches and articulate the idea which ended up in being called “Full Moon Med Fest”.

Where there any issues you had to solve to realize the first edition of the festival?

Where do you want to start from? …the Logistic? Malta is a beautiful country but unfortunately there are many restrictions and regulations which made our work tough, an example, there is no chance you run a gig till late on the beach, most of the outdoor venues cannot play music after 11 PM. Last year we were not based in Malta, so managing to run a day fest “remotely” was much more difficult this year, it required many trips here, only we met the CEO of Guru Events, which we started to cooperate with, slowly the things had started to get easier. In terms of networking, it was difficult, as a foreign, to start connecting with locals working in the event industry, In Malta there are plenty of events and promoters competing each other as such getting into this system, understand certain dynamics as well as the local trends is quite tough. However, as soon as you start working with dedication and professionalism people are more prone to cooperate and we are now starting business relations/partnership with other local and foreign stakeholders.

Looking back at the first edition, how has been the local institution’s behavior?

As mentioned, the first approach is difficult, I felt a bit of mistrust that’s because there are many foreign promoters approaching Malta and probably not all of them left good memories. The Maltese Tourism Authority has the difficult job to select the best proposal as well as to make sure to balance the tourism income during all the year, as such, if you want to run an event during the peak period of the summer the chance to cooperate are with the local authority are a bit lower. Overall, my feeling is that , before starting a cooperation with the local Authorities you need to show them a reputable background (Orazio and I are in the industry since over 15 years) and a project which stand out from the others. This is understandable.

What has been the feedback of the crowd so far, considering that FMMF is a young and up-and-coming festival?

The Full Moon Med Fest is a quite brand new day festival as such we take in account that part of the audience could be sceptic, but this is part of the game and we love the challenges! Last year we had and exceptional response from foreigns living and working in Malta and there was even a considerable percentage of locals. As professionals, what real matters to us is that the crowd enjoy the fest, and last year they did, they liked the theme and the experience we propose. In any case, I’m quite confident that this year even the sceptical will start to loosen. At the end of the day, we just want to sell fun.

Could you tell us, in your opinion, what’s should tempt clubbers around Europe to join the second edition of the FMMF?

We plan to boost our concept around the Mediterranean and run gigs in the most beautiful touristic areas (that’s why Med) so, in answering you I will refer to the event itself, regardless where it is held. We started last year from Malta, this year we replicate Malta and launch the brand in Italy, the reason why the crowd should choose us is that we point to the experience. In all the summer touristic destinations, clubs propose a calendar full of International DJs, (Malta is good an example). This means that as long as almost every week there is a guest, the audience got too used, as such, I believe that, from the audience perspective, this is no longer appealing. At Full Moon Med Fest we made a step back, our main guest is the audience, and everything is based on the simple concept of “fun” (Spanish call it Fiesta). We love music, don’t take me wrong, we make a maniacal work in building our line up, but atthe Full Moon Med Fest, as I said the real “Hero” is the crowd! We entertain the crowd and connect with them, you don’t only have the DJ playing your favourite track, you drink from buckets, interact with the performers, dress your swimsuit and neon colours t-shirts. Basically, we offer a deep experience of the traditional Full Moon Party in a modern twist.

How would you describe the musical identity of the festival?

Full Moon Med Fest is a festive concept, this is obviously reflected on the artistic slant of the event. The original Thai Full Moon Party has not a music entity, even though it is mainly based on EDM you can dance rock, trance etc. We revisited this side of the event and started (last year with a tech-house /Techno Line-up), however, I suppose this year we are planning to slightly slow down the BPMs and run a House music event.

How much your musical background and your personal clubbing experience effects on the artists choice and line up?

As promoters, first, we have to keep aside our own tastes while choosing the headliners and this is the same in any event we do. However, I would say that our background as clubbers influences more the type of events we run but it doesn’t impact the genre of music and the lineup of our events. We always look for DJs (new talents and international headliners) who reflect, with their music, the identity of the event. Ideally, we look for a balance among artistic background, quality, the genre of music, and of course, level of cache and popularity.

Is there any funny story which would u share with us about the first edition of the festival?

Our team is made by quite young people and we never miss the chance to have fun, this is essential in so stressing environment. Probably the funniest thing last year is related to one of our guest DJ, a good friend of us. He arrived two days earlier, as usual, were in charge to book his accommodation for the night of the event, however, don’t know if it has been a miscommunication or simple a forgetfulness, long story short when we picked him up at the airport (late in the night) we realized that there was not a hotel booked for him on that night. So he slept at our place and we ended up the night in pure Irish style!

To end, what you wish to arouse, in emotional terms, in this second edition of FMMF which will see the light in a few months?

The memories are something that belong to the people, we want to the crowd having an experience to be remembered, we just want people leaving at the end of the event smiling. I believe, providing good memories is the top for a promoter, so our best wish is to create joy.